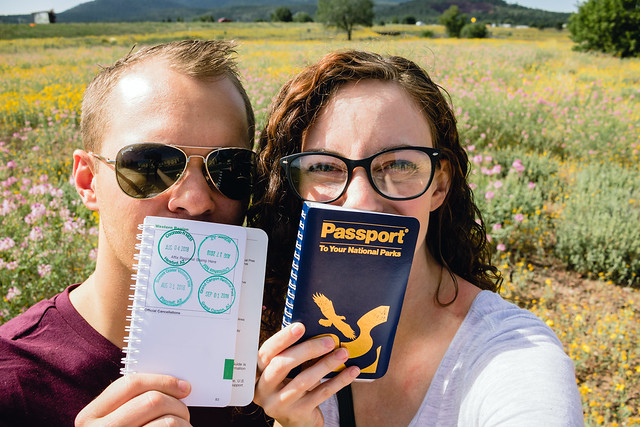 Let’s be honest, Will and I had a very successful weekend trip.  We visited the site of a volcano, witnessed the sun rising over the Grand Canyon, and hiked almost thirteen miles along its rim.  Come Sunday morning, we were beat and ready to go home.

We ate breakfast at the hotel, packed up, and then took some quick shots in the wild flowers beside the parking lot because we forgot to take our traditional selfies with our National Parks Passports that weekend. 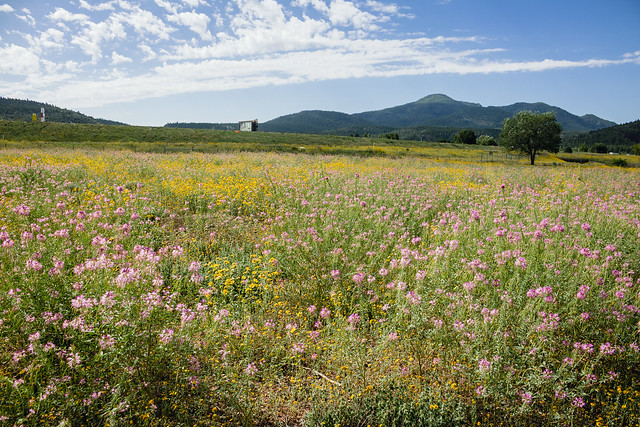 We got on the road pretty early but encountered a detour as we searched for Starbucks and my Pumpkin Spiced Latte fix.  We enjoyed the first part of our drive through Flagstaff as we discussed the future and what life is going to be like once we are back in North Carolina.

What we did not anticipate or plan for was almost being out of gas, but then deciding to push it and drive thirty more miles to get cheaper gas, and then seeing a sign right beside that gas station for a National Monument just six miles down the road.

We decided early on in our trip planning that we didn’t want to go to a National Park because “we might as well since it’s right there.”  If we aren’t feeling it, we aren’t going to go—the passports aren’t an obligation.  But this castle opportunity was just too good to pass up.

Structures like this capture my heart.  I absolutely love learning about and exploring places where people actually lived.  Old houses, forts, castles—you name it, I would probably love to explore it.  Case and point—Will and I met at an outing where we explored an abandoned school house (read about it here). 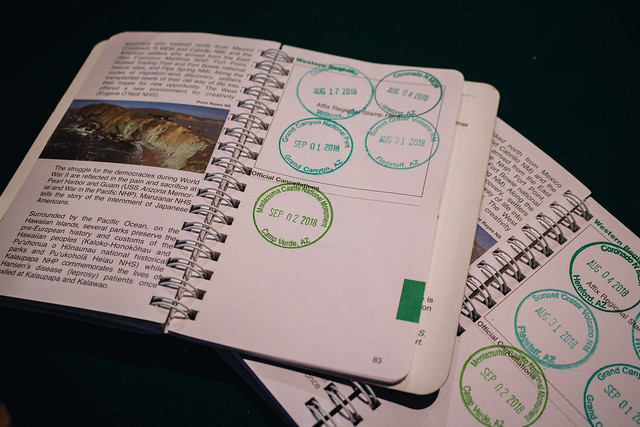 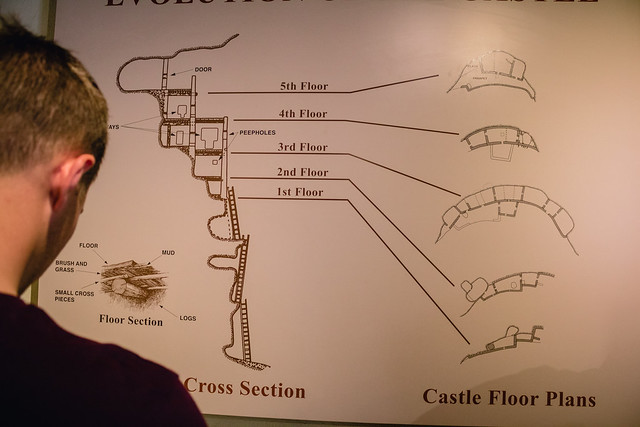 In order to see the castle, you have to go through the Visitor Center, which was ridiculously busy on Labor Day.  We patiently waded through the crowds to stamp our passports and then to read about the history of the 800 year old cliff dwelling and its inhabitants.  The diagram above is a map of the castle floor plans, which the public is not allowed to explore any more.  Back in the day a lot of vandalism occurred and visitors would take pieces of the castle as souvenirs, so in an effort to preserve the history, we can only look at it from afar these days. 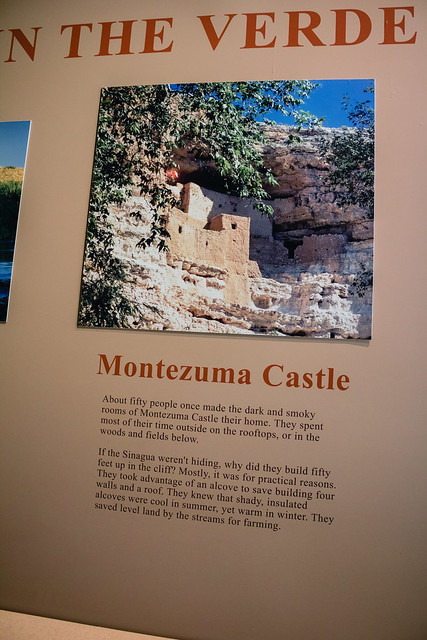 Montezuma Castle was named one of the first four National Monuments in 1906 by President Roosevelt.  He called it a place “of the greatest ethnological value and scientific interest.”  The well preserved site has been protected ever since.  Early visitors could actually climb up to the castle using ladders (I’m so jealous), but as of 1951 we can now only gaze at it from paved paths.

What is super interesting about the site is 1) why the inhabitants built so high up into the cliff, and 2) why they randomly disappeared and moved on after living there for several hundred years.  Learning about the people who once made this place home is the benefit of spending some time in the Visitor Center before jumping outside to see the structure. 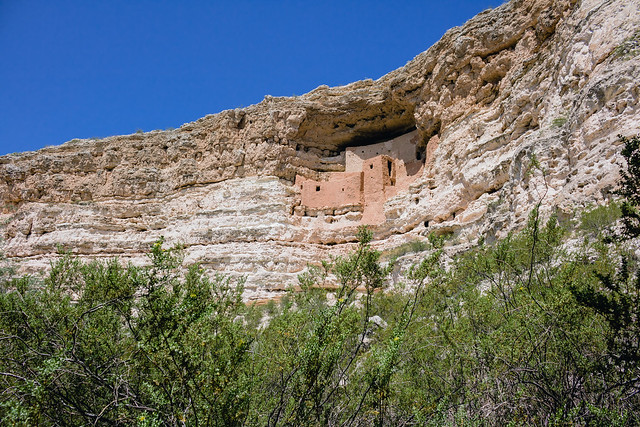 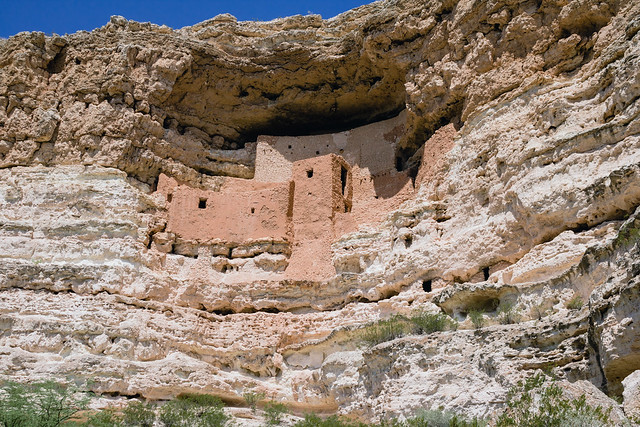 It was super interesting to see up close.  It made us wonder about older generations who had to climb ladders to get home and what inspired them to build in the cliff face in the first place. 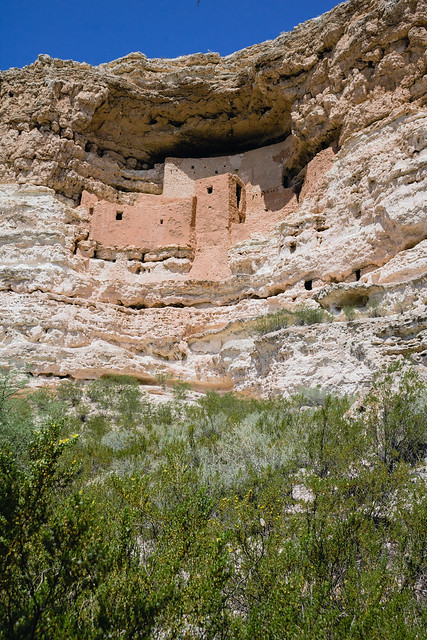 As you can see, it’s pretty high up from the ground.  At least this would offer protection from elements and predators. 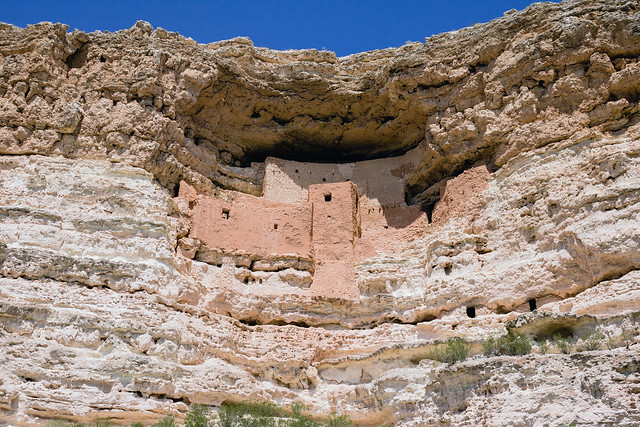 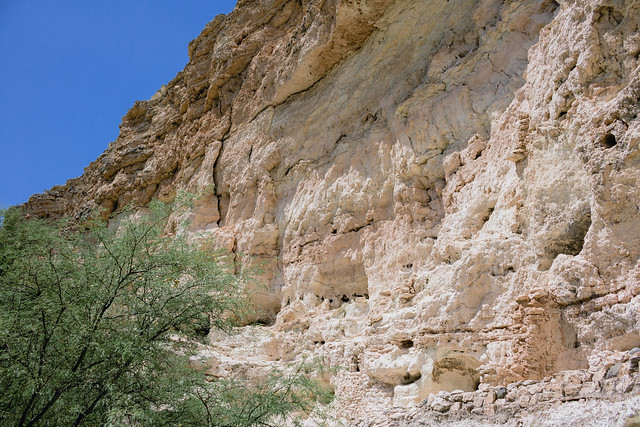 To the left of Montezuma Castle is another structure, “Castle A” that was excavated.  Because a lot of artifacts were lost when Montezuma was looted, the second dwelling offered a lot of information and understanding for anthropologists. 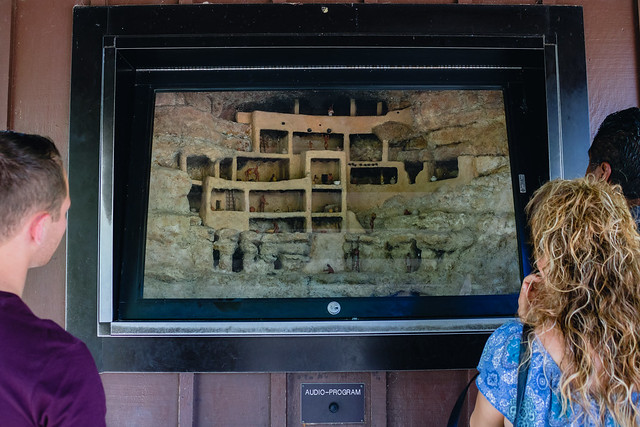 This diorama was another cool picture into what life would have been like living in a cliff 800 years ago.  Check out their website here for more information and photos. 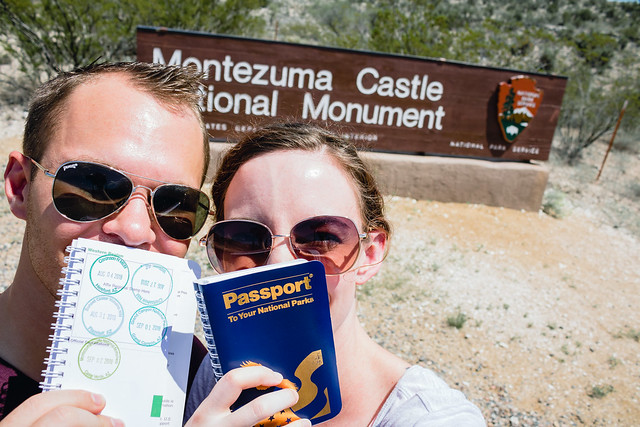 We headed straight home after the castle to get some much needed rest and relaxation before heading back to work that week.

Next up in our adventures—our first camping trip together!  Join the family and hit that subscribe button so you don’t miss the next post.  If you liked those castle photos, give this post a like and let us know in the comments the favorite historical site you’ve ever visited!