Did you know that southern Arizona boasts the most diverse types of hummingbirds in the United States?  A couple weeks ago, Will and I went with our friends to the San Pedro House, just outside of Sierra Vista, to visit this historic ranch house where they tag hummingbirds.  In fact, we went on one of the last weeks that they do it because of migration season.  A lot of hummingbirds pass through southern Arizona on their way to Mexico. 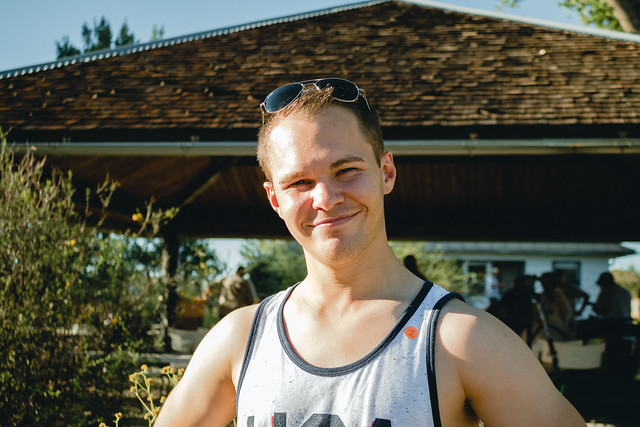 The area is significant for world bird conservation, and according to Bureau of Land Management, it has been “officially designated a globally important bird area.”

While I’m not super into bird watching, and the San Pedro House boasts a good amount of walking trails and scenery, this time we went specifically to see the hummingbirds.  It was actually pretty incredible and interesting. 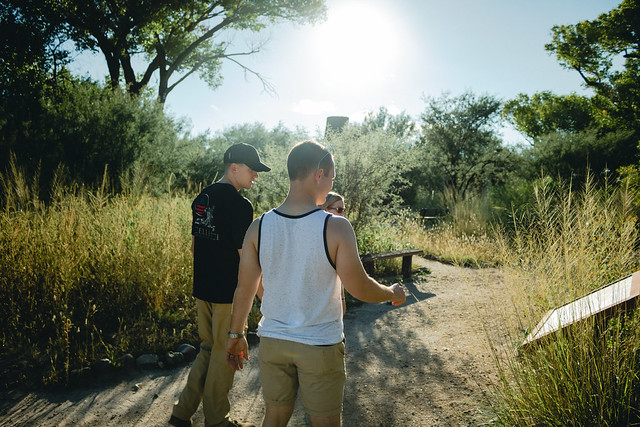 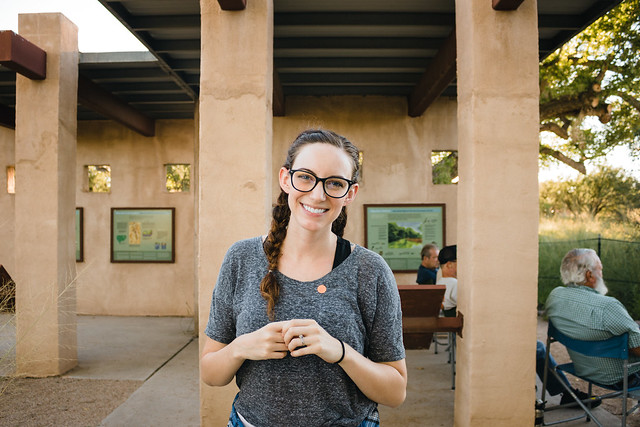 The scientists and volunteers said that the best times to study the hummingbirds are around sunrise and sunset, because that’s when they are out and looking for food.  It was super interesting to watch!

They used a simple drop cage to essentially catch the birds and then, ingeniously, got the public in on the studying by allowing them to gently and carefully carry the birds over to the people banding them. 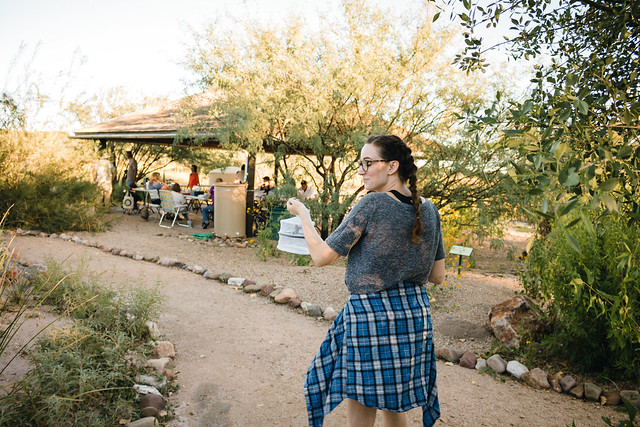 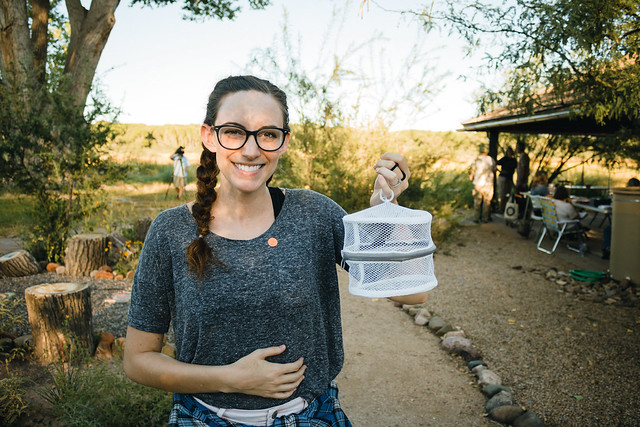 You could tell the poor things were scared, but everyone was very gentle while handling them and they made sure to feed them before setting them free.  Carrying the little hummingbird was wild!  Its wings were beating so fast that I could feel the air movement. 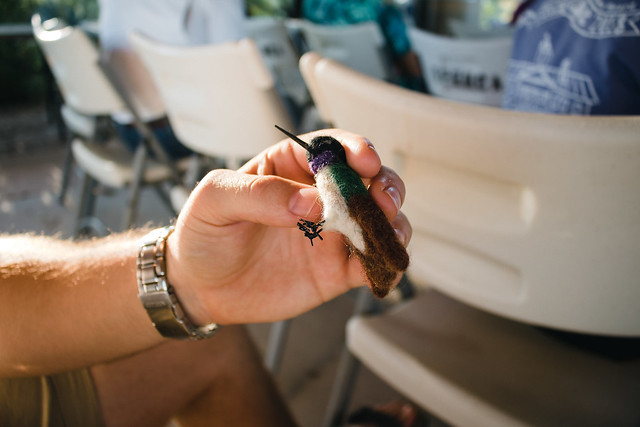 There was a seating area under the tent where they were tagging the hummingbirds so that you could listen and learn.  One of the volunteers was super great—she spent a lot of time with us to answer our questions and tell us all about what they eat, when they eat, what their mating is like, and how their lives change as they mature. 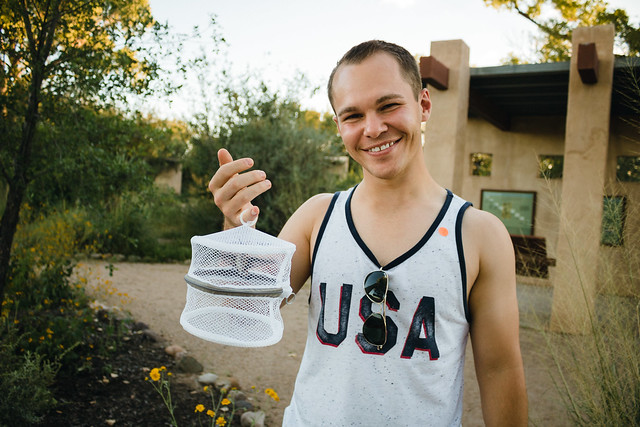 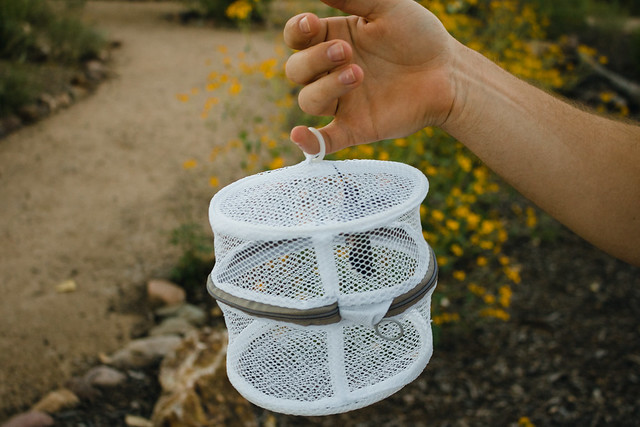 Will got to carry over the last bird of the day! 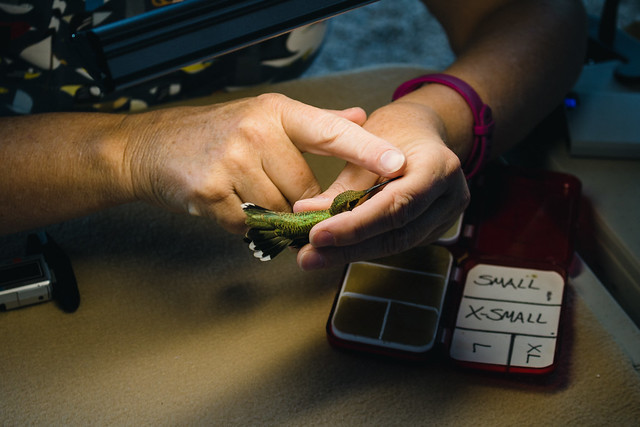 She was pretty young.  The females usually lose their color and turn brown once they get older.  You can see in the photo how green she is.  This one had been caught three times that day already. 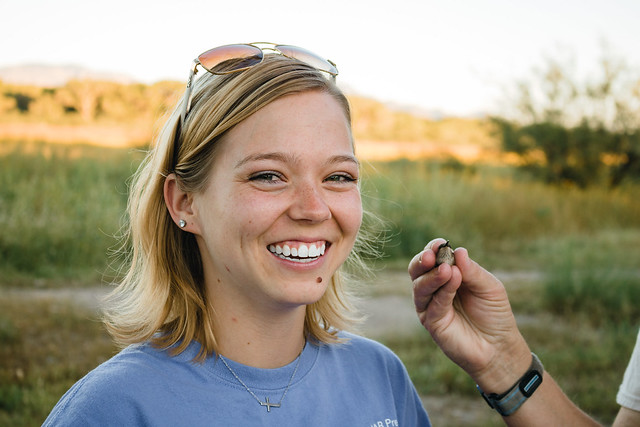 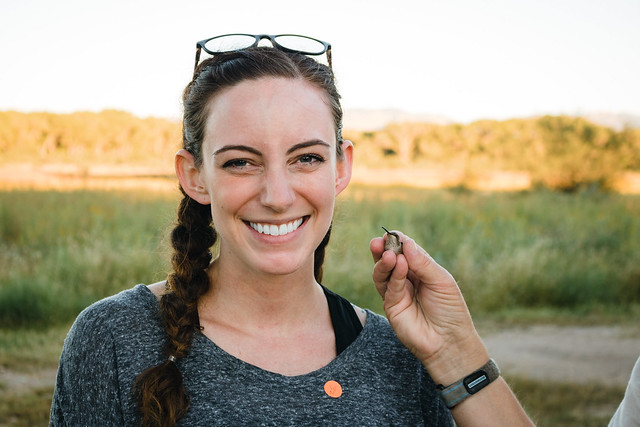 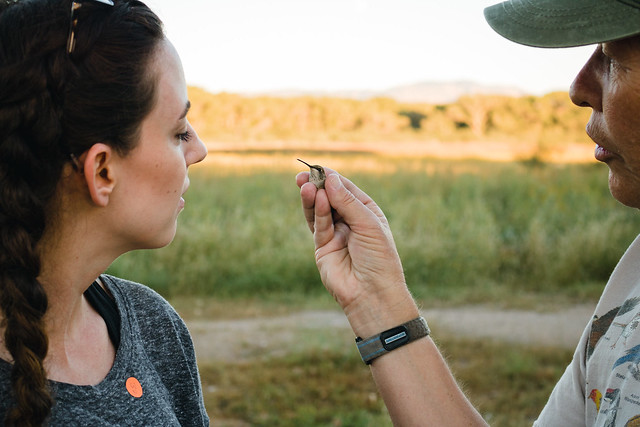 After we learned all about her feathers and how to tell she’s female, we set her free!  Not before a quick photo-op, though. 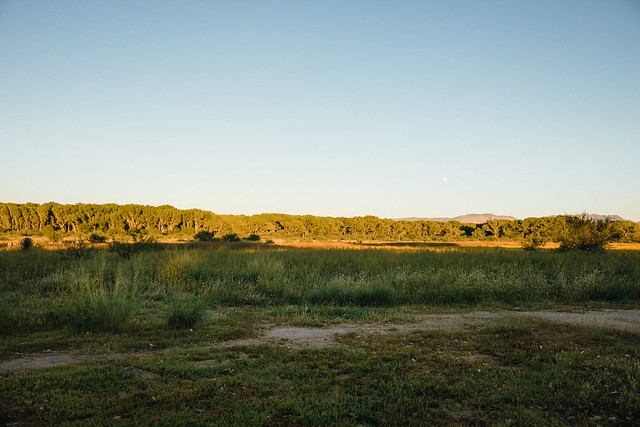 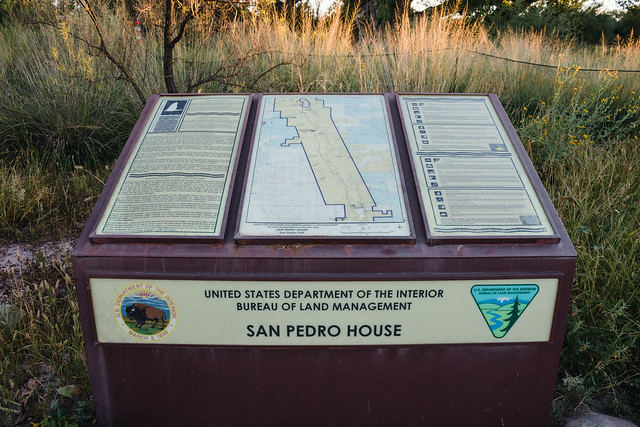 I wish we had time to do more exploring around San Pedro house!  It’s right on a riverbed and is home to about 300 species of birds, not to mention the other animal life that are drawn to the water in this desert.

Do you guys like learning about animals?  I think of all birds, hummingbirds are probably one of my favorites.

If you enjoyed this post, please give it a like and don’t forget to join the family by subscribing if you haven’t already.