Will and I have been in Arizona for a little over a month now, and let me tell you—the adventuring is real.  In this month we have tried three churches and settled on one.   We have visited three neighboring towns and road tripped to Utah.  We have climbed a couple mountains, watched some 4th of July fireworks in a park while munching on shave ice, started a Bible study group going through Colossians, and explored local staples like the farmer’s market and La Casitas Mexican restaurant. 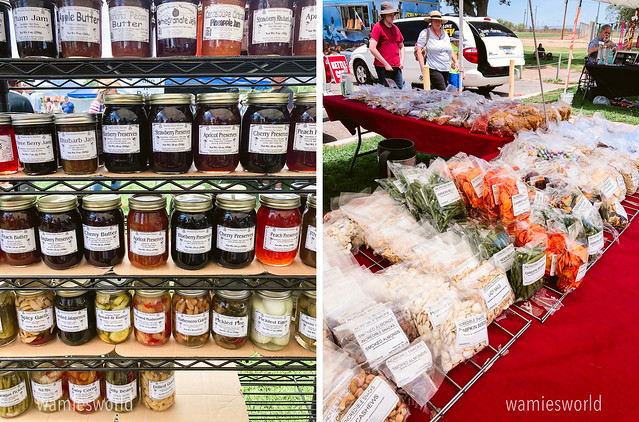 We have met a lot of new people, through work and through the community, and have found that this temporary home is pretty great.  We have been put up in a hotel for the four months we anticipate being in Arizona, and while there have been some sacrifices made for hotel life, it isn’t all bad. 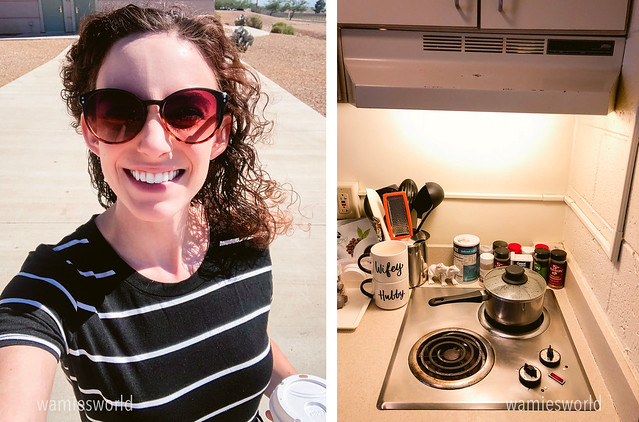 The rooms were first come, first serve, so we arrived a few days early and were able to snag a suite.  We have a tiny kitchenette, but unlike other rooms, we actually have a stove top, large working desk, a couple couches, and a separate bedroom with in-suite bathroom.  As I spend many of the week days at home, I’m grateful for the extra room. 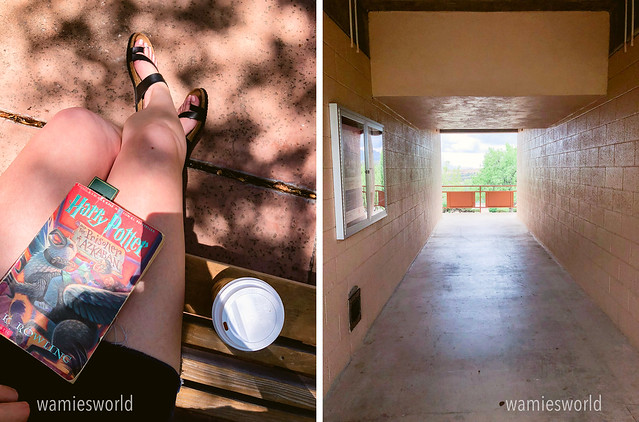 Not only am I grateful to not have to use the communal kitchen, but I am also grateful for coffee and tea in the lobby, complimentary breakfasts every morning, and the sweet staff who clean our room and supply me with anything we need.  Even though the laundry is upstairs, most people here work during the day, so I don’t have any issues with snagging a washer or dryer during the week.  I could get used to this! 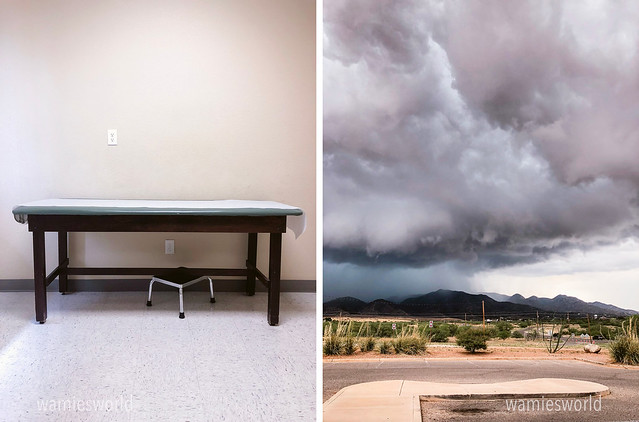 Among other highlights, I got to take a quick visit to urgent care early on to talk to a doctor about fluid that has been hanging out behind my eardrum.  We also arrived in Arizona just in time for monsoon season.  The rain and lightning storms are intense, and as a girl who loves to watch the wind whip through the trees, I’m all about it. 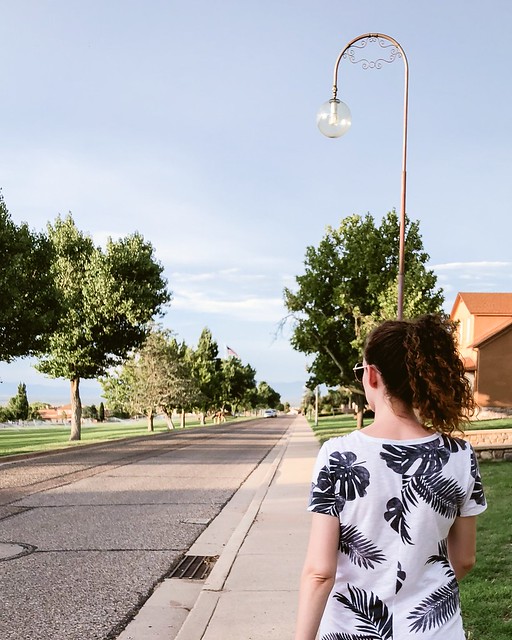 Getting out of the hotel often looks like a run to the grocery store or Target.  Maybe a dash to the gas station Red Box.  We’ve already seen at least three movies in theaters.  These are all great things, but my favorite thing we have started making a habit of is going on evening walks together.  Will works all day, and I’m at home a lot, so getting outside and moving our bodies is super healthy.  We also get to climb mountains, explore the area, and learn more about one another.  It isn’t exactly date night, but I’m not knocking it—I really enjoy it!

The 4th of July

On the 4th of July, Will had the day off from work.  We drove up to Tucson for the day where we hit the mall and took advantage of holiday sales. 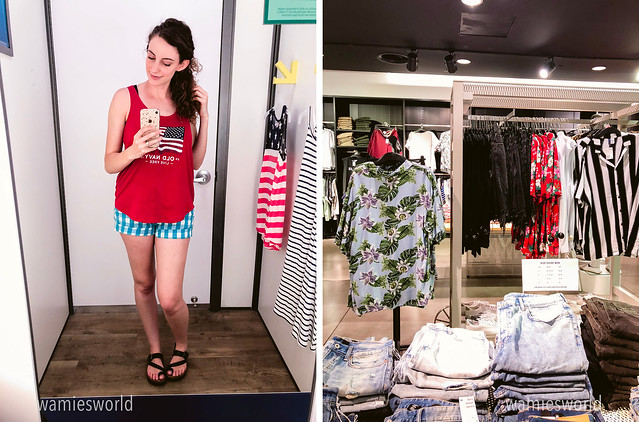 Really we were just there to get our annual festive shirts from Old Navy, but ended up discovering a universal truth—there will always be great sales on or around holidays and to pass up $4 shirts and $10 jeans is just lunacy. 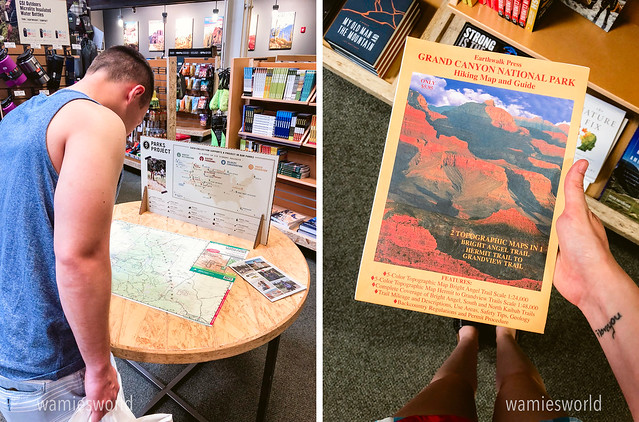 After purchasing more than the intended 4th of July tank tops, we found ourselves at (aka intentionally headed for) REI, which is an outdoors recreational equipment and clothing store.  From water filtration systems to maps of all the areas one could possibly adventure to in the great outdoors, we wandered around drooling over Osprey backpacking packs and Yeti coolers.  We marveled at a map comparing the west coast to the east coast (#westcoastbestcoast) and how many parks and trails we haven’t seen yet.

I then explained to Will that everyone in my family loves their Yeti Rambler Tumblers and that they brag about their Yetis to me all the time.  I mean, they all bought each other the Yetis as gifts.  So one might say, “Jamie, if your family bought each other Yetis as gifts, you must have one as well!”  Aha, that’s where you would be wrong.  As my family brags about their coffee never getting cold or their iced tea never getting warm, I sit in sorrow as my run-of-the-mill tumblers just can’t measure up.  And no, I am not bitter at all that they gifted each other Yetis.

I gifted my own dang self a Yeti while we were at REI. 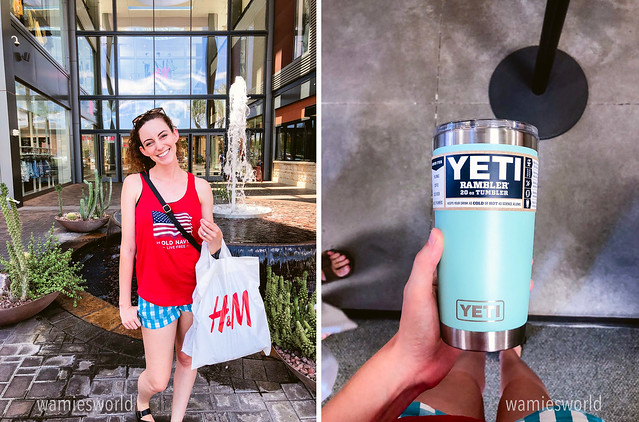 The biggest reason we drove to Tucson, believe it or not, was not for Old Navy tank tops or REI adventures.  It was, in fact, to reunite these two West Coast lovers with a staple that we pine over while living our lives in the east.  It is none other than the delectable delights of one In-N-Out Burger. 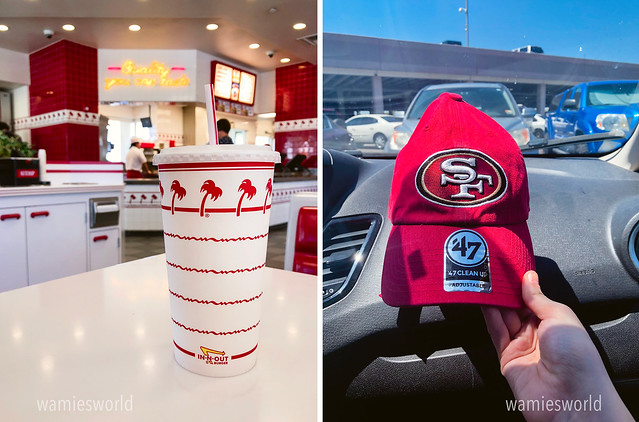 No visit is complete without an animal style burger and a chocolate shake, in my opinion.  If you have ever seen the drive-through line at a North Carolina Chick-Fil-A, then you know exactly the kind of love and dedication that we are talking about here.  The double lanes at the drive-through, the efficiency of the workers, and at peak hours, the brave souls who stand outside to take everyone’s orders because it’s just that much faster.  That is what In-N-Out on the west coast is like.  It is LIFE.

And side note, I also picked up a 49ers hat at the mall because no fan apparel life is complete without a ball cap on game day.  #49ersFaithful 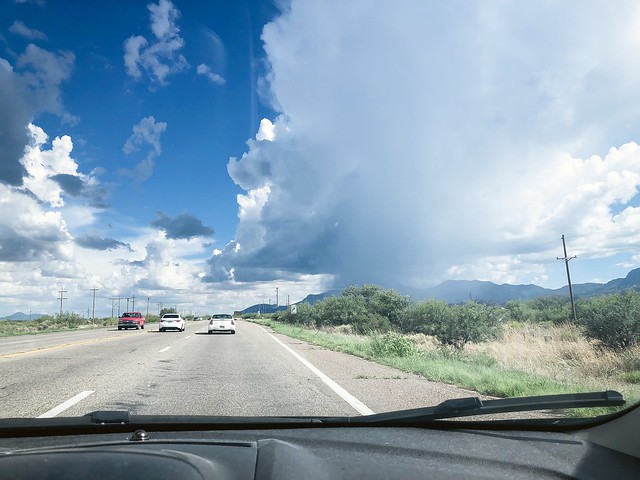 We came, we saw, we devoured our burgers, and then drove home to change into our new appropriately festive Independence Day attire.  We headed to a park in town to meet up with some new friends who had been whiling away the afternoon by playing Spike Ball (it’s legit, follow this link to find it on Amazon).  After Will and I BARELY lost, we headed over to peruse the food truck selection and chose to cool off with some authentic Hawaiian shave ice. 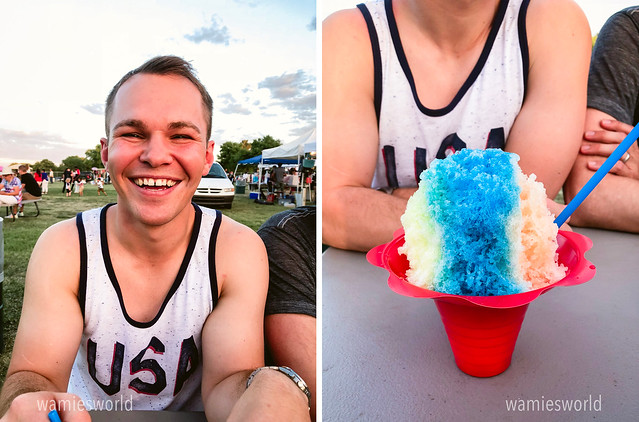 Pineapple, blue raspberry, and mango.  It was a monstrosity, and super soul satisfying.  You can tell because Will appears to be having a great time.  Just look at that smile. 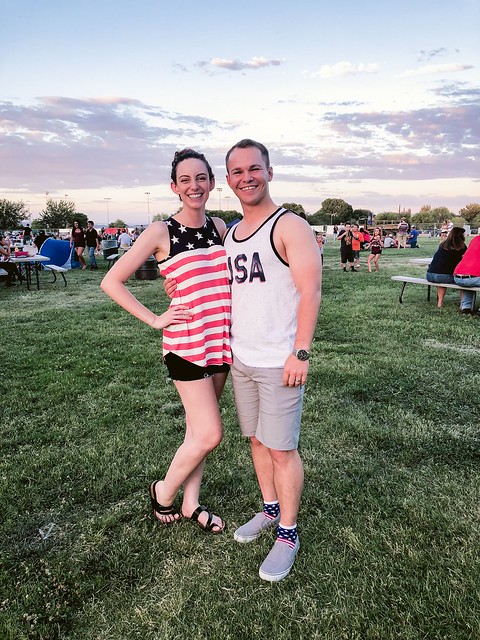 Will and I were the old farts who remembered to bring camp chairs to the shindig.  We set up on a grassy spot by a tree, but then discovered we couldn’t see a thing so we all moved to the other side of the tree.  The fireworks got going… or so we thought.  We’re not sure just what happened but the show seemed to be missing a middle, so we spent most of the evening talking to people instead of watching fireworks.  Meh—you win some, you lose some. 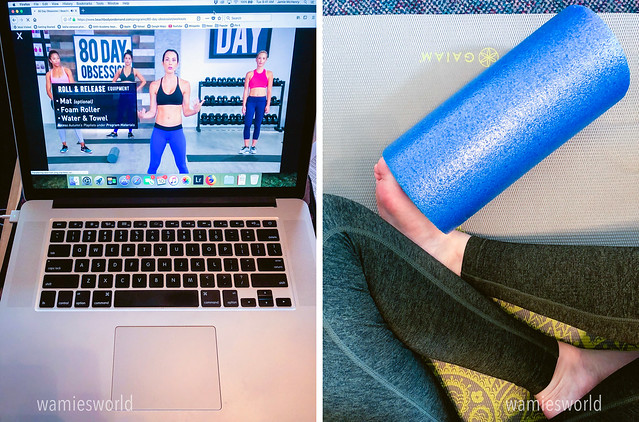 The rest of the month we spent adventuring, or I spent holed up in our room constructing this blog.  I picked up a side gig to be a Digital Marketing Manager and will be doing that part time.  I have also been disciplining myself to get serious about fitness.  My main goal is to reach a level of fitness that allows for hiking and other active exploits on the weekends with Will.

Will, who works out for more than an hour most days.  Will, who runs a 6 minute mile.  Will, who could crush me with his pinky.

Yo, I’m just trying not to huff and puff in his wake as we climb a simple mountain trail.  So I’m dedicated to making it through 80 Day Obsession (a Beach Body program) while we’re in Arizona.  I am doing great!  I just finished phase one this week and started on phase two.  Booty day is my favorite day!

In an effort not to inundate you with information about our lives, I will end Part I here and instead treat you to some bonus posts this month.  If you liked this post, let me know by liking or commenting, and don’t forget to subscribe if you haven’t already! 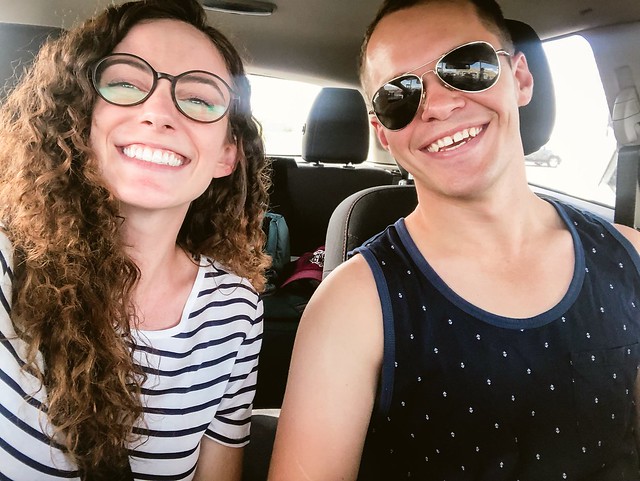